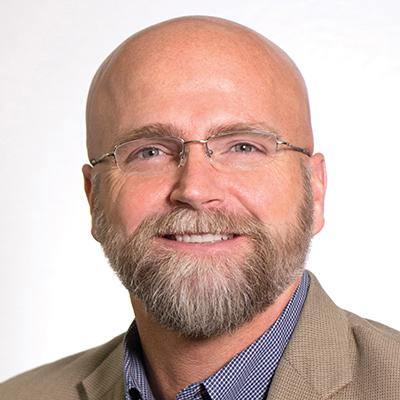 Dan Flowers has been the president and CEO of the Akron-Canton Regional Foodbank since 2003. During his tenure, the Foodbank has experienced significant growth, increasing distribution to more than 32.4 million pounds in 2019.  Dan led the Foodbank through a building expansion project and into a newly renovated facility in 2007. Under his leadership, the Akron-Canton Regional Foodbank became the 2012 Foodbank of the Year, the highest recognition achievable by food banks across the nation in the Feeding America network. Most recently, the Foodbank received its sixth NorthCoast99 award, recognized as one of Northeast Ohio’s best places to work.

After serving as a congressional intern for U.S. 5th House District Rep. Dale E. Kildee, Dan was hired as a grant writer by the Foodbank of Eastern Michigan where he was to later become the director of agency relations.  Prior to moving to Ohio, he was employed by the Northrop Grumman Company as director of administration for the federally funded Job Corps Center in Flint, MI.

Dan resides in Akron with his wife, Holly, and their three children, Andrew, Jonathan, and Mary.  He is an avid reader, runner, bow hunter, video gamer, and martial artist (holding a black belt in Tae Kwon Do and a blue belt in Brazilian Jiu-jitsu) and a regular columnist for Smart Business Magazine.