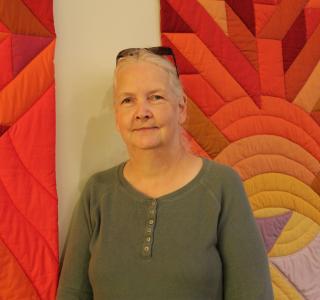 Naomi and her husband have been happily married for 35 years. Naomi’s husband works full time on an assembly line, but due to lingering health issues Naomi is unable to work.

A few years ago Naomi had emergency gallbladder surgery and because of unforeseen bills, her family was forced to file bankruptcy.  “I lost my house, and my husband and I had to stay with my sister for a while. But we saved every penny and were finally able to get back on our feet and into an apartment.”

A few months after moving into their apartment Naomi and her husband were on their way to a local restaurant to celebrate their wedding anniversary when their car died.

“We have to have a running vehicle because I can take my grandchild to school,” said Naomi. “When you live tightly like we do, but need to have your transmission checked and alternator checked and pay your rent, you make choices about which bills to pay. We chose to pay all of our bills, but that won’t put dinner on the table tonight.”

With her cupboards nearly empty, Naomi is visiting the Barberton Area Community Ministries, a member program of the Akron-Canton Regional Foodbank for the very first time.

“This place is a sanctuary,” said Naomi. “The fact that its in a church is even better because it’s a place where people feel safe. This is the only time I plan to use the pantry, and I’m so thankful it’s here. If you could tell the people who donated this food today that they made more of a contribution than they realized. They aren’t just proving food, they are helping families.”