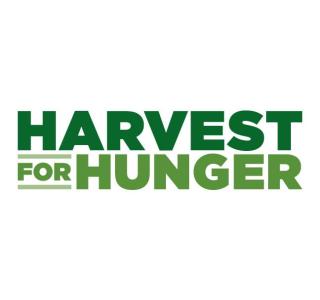 The Akron-Canton Regional Foodbank will kick off its 27th annual Harvest for Hunger Campaign with a breakfast on February 15 at the John S. Knight Center in downtown Akron. Community members interested in learning more about the 2018 Campaign and how they can get involved are invited to attend.

The breakfast, typically held at the Foodbank’s facility, will move off site for the first time this year. Guests were placed on a waiting list the past two years due to capacity limitations. This year, they hope to continue to grow the event and will have the ability to welcome all who are interested in attending.

The breakfast will gather local organizations familiar with the Campaign, in addition to new businesses interested in rallying behind the cause of feeding people and fighting hunger. Through the collective support of the community, the Foodbank is able to provide significant resources to its network of hunger-relief programs. Last year, the Campaign raised $1.36 million and more than 135,000 pounds of food, the equivalent of 5.54 million meals.

The Campaign is led by honorary co-chairs, Dr. Brian Harte, president of Cleveland Clinic Akron General and Jim Porter, publisher of Gatehouse Media Ohio. They will encourage community members and organizations to join this year’s Campaign at the kick-off breakfast. Campaign updates will be shared, along with a motivational address from Foodbank President & CEO, Dan Flowers.

“Harvest for Hunger is addressing a critical need in our communities, and Cleveland Clinic Akron General is proud to support the effort,” explained Dr. Harte. “I’m pleased to be serving as co-chair for 2018 and raising awareness about the Campaign.”

“The Canton Repository is committed to moving our community forward in a positive way,” said Porter. “Our partnership with the Akron-Canton Regional Foodbank and the Harvest for Hunger Campaign allows us to highlight this great community coming together to provide meals for our neighbors in need here in Stark County and beyond.”

The Harvest for Hunger Campaign unites four food banks in Northeast Ohio and focuses on fighting hunger across 21 counties in the region. It is one of the largest food and funds drives in the country and is the Akron-Canton Regional Foodbank’s largest annual fundraising initiative. The Campaign helps support food distribution all year long.