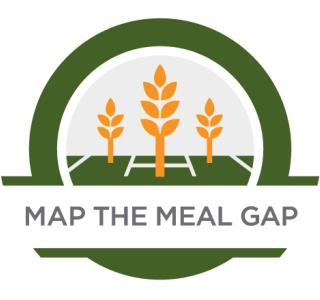 The report also shows that children are more likely to be food insecure, with the child food insecurity rate at 19.3 percent, compared to 13.5 percent for the overall population served by the Foodbank, including Carroll, Holmes, Medina, Portage, Stark, Summit, Tuscarawas and Wayne counties.

Overall food insecurity in the Foodbank’s service region ranges from a low of 9.7 percent in Medina County, up to 14.9 percent in Summit County.

“Each and every day your Foodbank is committed to working diligently in partnership with our network of nearly 500 hunger-relief programs to help provide food for our community members struggling with hunger,” said Dan Flowers, president and CEO of the Akron-Canton Regional Foodbank. “Map the Meal Gap confirms the needs within our community and the critical work the Foodbank must continue to do to serve this community. We are actively engaged in the fight against hunger, and I hope you’ll join us. Our collective efforts thrive when the community supports this Foodbank and its mission.”

The Akron-Canton Regional Foodbank is a member of Feeding America’s hunger-relief network comprised of 200 food banks and 60,000 food pantries and meal programs, that together, provides food assistance to more than 40 million people in the U.S. struggling with hunger. In 2018, your Foodbank helped provide access to food for 24.5 million meals in partnership with its local network.

Map the Meal Gap 2019 uses data from the U.S. Department of Agriculture, U.S. Census Bureau, U.S. Bureau of Labor Statistics and food price data and analysis provided by Nielsen, a global provider of information and insights. The study is supported by The Howard G. Buffett Foundation, Conagra Brands Foundation and Nielsen.

This is the ninth consecutive year that Feeding America has conducted the Map the Meal Gap study. The study’s findings underscore the depth of need that remains in communities in the Foodbank’s eight-county service area and across the U.S., despite national measures from the USDA that indicate overall improvement. Food insecurity is a measure defined by the USDA as lack of access, at times, to enough food for an active, healthy life for all household members.

A summary of the findings, an interactive map of the United States and the full report are available at map.feedingamerica.org.
Join the conversation about Map the Meal Gap 2019 on Twitter using #MealGap.