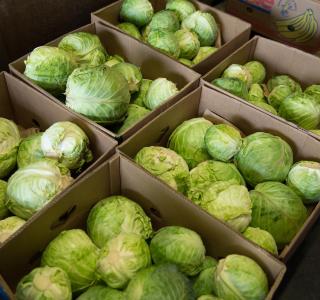 The Dave Matthews Band and environmental non-profit REVERB are partnering with the Akron-Canton Regional Foodbank and Crown Point Ecology Center on their Akron tour stop at Blossom Music Center on June 27, 2014.

The partnership is part of the band’s support of the Bama Green Project, which focuses on food insecurity issues, sustainable agriculture and eating local. At the concert, REVERB will set up an eco-village to educate and engage musicians and their fans toward a more sustainable future and will be selling customized Dave Matthews Band Nalgene water bottles for $10 to support the local farm Crown Point Ecology Center.

One hundred percent of the proceeds from every water bottle sold during the concert will benefit Crown Point Ecology Center and its First Fruits Initiative, which donates fresh produce to the Akron-Canton Regional Foodbank each year. To date, more than 16,000 lbs. of produce has been donated to the Foodbank since Crown Point began donating in 1997.