The Federal Budget and the Farm Bill: What you Need to Know 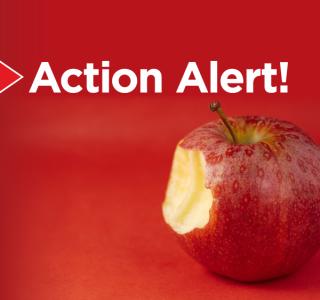 The President recently released his budget proposal for federal fiscal year 2019, indicating his administration’s funding priorities. While this is just a first step in the budgeting process, the proposed budget would be extremely harmful to federal anti-hunger and anti-poverty programs. Here are a few highlights:

Learn more about the President’s budget proposal and its effect on food banks.

Every five years, Congress reauthorizes the Farm Bill. This important legislation sets funding and regulations for many programs, including federal nutrition programs. Food banks advocate for resources to help low-income Americans access enough food to meet their needs through programs such as SNAP, TEFAP, and CSFP.

Learn more about the Farm Bill and its effect on food banks.

INDIVIDUALS: Contact your elected officials to express support for federal nutrition programs. Use this form to encourage your representatives to visit a local food bank and learn more about the issue of hunger.

ORGANIZATIONS: If you represent an organization, such as a network partner of the Foodbank, join us and add your name to Feeding America’s sign-on letter. Read the letter and sign-on.

Thank you for your advocacy efforts!